f you're a woman, chances are breast cancer is something you may worry about. If you're a man, prostate cancer might be a top concern. But what about lung cancer? Unless you're a smoker or a former smoker, it's probably not on your radar.

That's about to change.

Lung cancer is the leading cause of cancer death in the U.S. It kills more men and women each year than breast, prostate and colon cancers combined—and up to 20% of those people have never even touched a cigarette.

In a continued effort to help combat the disease, Janssen Biotech Inc., part of the Janssen Pharmaceutical Companies of Johnson & Johnson, is advancing a pipeline of targeted agents for lung cancer and other solid tumors. Recently, Janssen entered into a license and collaboration agreement with the Yuhan Corporation to develop a unique treatment for non-small cell lung cancer (the most common form of the disease) that targets the epidermal growth factor receptor (EGFR) which is frequently activated by a mutation in that type of lung cancer.

Last year, Johnson & Johnson also acquired BeneVir, a company whose innovative work is focused on manipulating viruses to systematically target, infect and kill tumor cells. This type of platform has the potential to treat many types of cancer, including lung, by creating new immunotherapy regimens, says Matthew Lorenzi, Ph.D.

While these developments hold promise for the treatment of lung cancer, the company is also determined to discover a way to prevent the disease altogether, or at least catch it in its earliest stages.

As part of that mission, Johnson & Johnson Innovation, JLABS—the company's network of health sciences incubators—and the Lung Cancer Initiative at Johnson & Johnson launched a Lung Cancer Innovation QuickFire Challenge last year. Up to three innovators with big ideas for preventing, intercepting or curing lung cancer—this could be anything from a novel method for providing the airways and lungs with a protective barrier to a new means to remove toxins from the lungs after exposure—will be awarded up to a total of $750,000 in grant money to further pursue their research, along with a one-year residency at the new JLABS @ Shanghai site debuting this spring.

For World Lung Cancer Day, we're delving into these and other ways Johnson & Johnson is pioneering research on how to help stop lung cancer before it can start doing damage—and also sharing expert-backed advice on steps you can take now to up your odds of staying healthy.

Lung cancer usually starts growing very deep in the lung, and without symptoms. So a tumor only becomes symptomatic when it has grown significantly and spread outside the lung. By the time someone presents to a doctor coughing up blood or losing weight, the disease has almost always spread.

Why Early Detection Is So Key
The main reason lung cancer is so deadly is that it's almost always detected after it's already had a chance to spread.

"It usually starts growing very deep in the lung, and without symptoms. So a tumor only becomes symptomatic when it has grown significantly and spread outside the lung," explains Avrum Spira, M.D.

As a result, lung cancer is more apt than other cancers to be deadly: The five-year survival rate is a mere 18%, says Dr. Spira.

Want to Try and Prevent Cancer? Then Don't Fall for These 7 Common Myths About the Disease

The solution, of course, is to figure out a way to catch the disease much earlier, but progress in this area has been slow. At the moment, only current or former smokers between the ages of 55 and 80 who have at least 30 "pack years" (that is, 30 years spent smoking one pack of cigarettes a day) are advised to get a low-dose CT screening test. That's because the test is far from perfect: It exposes you to radiation and has a very high rate of false positives.

"About 60 to 70% of people in the U.S. who get lung cancer do not meet the criteria for screening with CT imaging," says Dr. Spira. "We need simpler, less-invasive ways to detect when people are on their way to developing lung cancer."

This is why scientists at Johnson & Johnson are working to create tests that look for gene markers that are indicative of lung cancer. One intriguing technology on the horizon? A nasal swab test.

A test called PerceptaTM can already be used during a medical procedure called a bronchoscopy, in which a pulmonologist inserts a tube down your throat and into your lungs to collect cells whose gene activity can then be measured to predict lung cancer risk. The test requires a visit to a specialist to get a swab of the windpipe—but a nasal swab could be far more accessible to most people. So Johnson & Johnson is collaborating with Veracyte, the company that developed and commercialized Percepta, to advance the innovation. 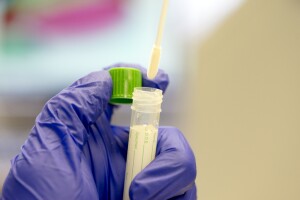 "We've already collected nasal swabs from hundreds of people at risk for lung cancer and are in the process of analyzing them," Dr. Spira says.

The company is also working with a team at Boston University to create the Precancer Genome Atlas (PCGA)—essentially, a registry of people with lung lesions or nodules that are considered precancerous, alongside the atlas of molecular and cellular changes that characterize these lesions.

"Precancers in the lungs are very hard to find,” he explains. “We’re collecting samples from patients all over the world, and following them to study the molecular changes that occur as some of the precancers transition to cancer."

The eventual goal: create a test that could be used to detect markers that can predict who will get lung cancer, and find new molecular targets in order to intercept the progression to invasive lung cancer.

The reasons why nonsmokers may develop lung cancer can also include being around certain chemicals, heavy metals and asbestos, often in a work environment. At home, radon exposure is the #1 risk factor for lung cancer development in nonsmokers.

How You Can Also Play a Part
Because lung cancer is so difficult to catch early, and so fatal, the best way to protect yourself from developing it is to take some key preventive steps, says Mara Antonoff, M.D., a thoracic surgeon at MD Anderson Cancer Center.

If you're a smoker, the first thing you can do, of course, is to try to quit. Former heavy smokers who kick the habit see their risk of lung cancer drop within five years, according to a new study from JNCI: Journal of the National Cancer Institute—although it remains more than threefold higher than for people who have never smoked.

If you're a nonsmoker, try to avoid secondhand smoke, which can also cause lung cancer, along with heart disease, stroke, asthma and other health problems.

"The reasons why nonsmokers may develop lung cancer can also include being around certain chemicals, heavy metals and asbestos, often in a work environment," Dr. Antonoff says. "At home, radon exposure is the #1 risk factor for lung cancer development in nonsmokers." 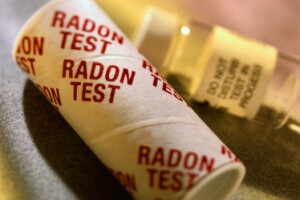 You can't see or smell this naturally occurring gas, which is why the Environmental Protection Agency recommends testing for it. If levels are too high, you'll need to have a mitigation system installed in order to make the air in your home safe.

Lastly, be sure to bring any possible lung cancer symptoms to the attention of your doctor, says Dr. Antonoff. Warning signs might include a cough that lingers for months, coughing up blood, chest pain or shortness of breath.

Hopefully, there will come a day in the not-so-distant future when lung cancer can be detected so early that the five-year survival rate increases to nearly 100%—like it is now for stage 1 breast cancer—or stopped before it ever has a chance to spread.

"What's unique about the Lung Cancer Initiative at Johnson & Johnson is that we're looking earlier and earlier in the disease process," Dr. Spira says. "We want to get to the very top of where the disease begins." 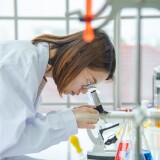 An Innovative New Way to Catch Cancer
By intercepting the disease at its earliest stages, Johnson & Johnson believes it can diagnose patients faster—and treat them more effectively.
Learn more
成年女人色直播软件